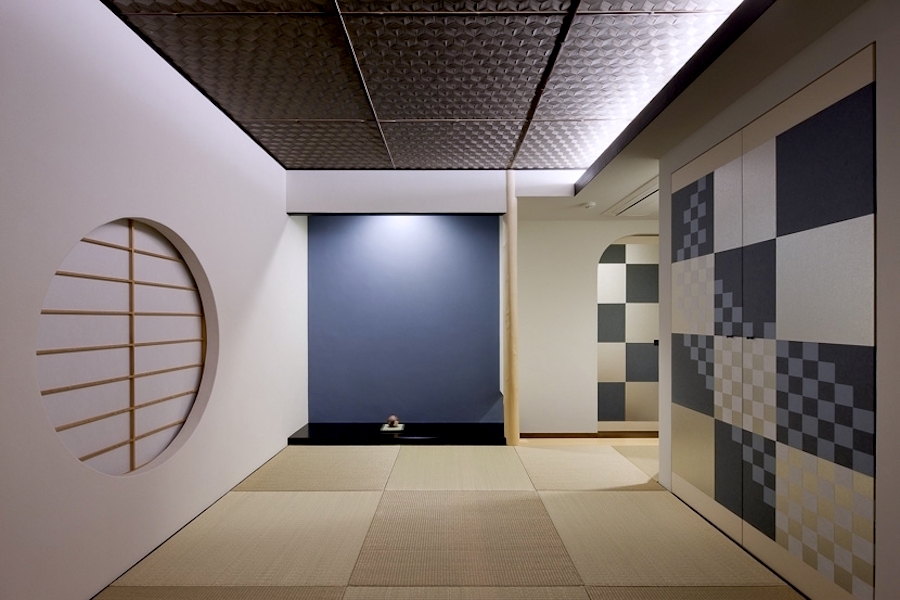 Tokonoma is the Japanese alcove that we can see in the reception rooms of the traditional Japanese houes. It’s taken as a focal point for the interior as it provides the sense of hospitality for the guests. Let’s take a look at its history to see how they have been developed.

The style of Tokonoma we see today began to be developed in the Muromachi period (1336-1573), which is the time the types of art such as Ikebana, Chado, and Noh were developed as well.

Originally, the Tokonoma was developed for putting three Buddhist altar filling; a flower vase, a candle stand, an incense burner for Buddhism thought.

Additionally, the Shoin (drawing room), in this case, a writing alcove and The Chigai-dana (staggered shelves) consists of the Tokonoma in a strict manner.

The Tokonoma in the tea houses took a different course. Unlike the one with the Shoin, it allows the more freestyle of design and it became a kind of the showcase for expressing the sense of the season.

The Tokonoma we see in houses today inherit this spirit of the style to entertain guests with seasonal flowers, plants, and scrolls.

In the Edo period (1603-1868), the significance of the Tokonoma has changed since Samurai constructed them to boast their authority.

Only after the Meiji period (1868-1912), the common people began to build the Tokonoma in their houses.

When having the highest ranking person in the reception room, he is supposed to be seated in front of the Tokonoma.

The Tokonoma consists of Otoshigake (a bar placed across the upper part of the alcove), Tokobashira (alcove post), Tokogamachi (the vertical board that connects a frameless alcove to the floor), which enclose the Tokonoma squarely.

In order to make it impressive for the guests to send the message, show the hospitality.

It’s designed to let the light in from the Shoin, the light through the Shoji (a sliding translucent screen) has the effect of indirect and soft lighting.

Look at the upper part of it, you see a small wall which makes a shadow and gives it the depth. It allows the scroll to look three-dimensional.

You can see the essence of the beauty of asymmetrical balance here just as well with the Japanese gardens.

The Tokonoma has variations in styles. Although we listed the three styles, Shin (真), Gyo (行), So (草) of the traditional Japanese rooms, sometimes its definition overlaps depends on how the precious wood is processed and the perspective of the designers.

Japanese Architecture: Overview of Wide Varieties of Buildings in History

It is the most formal and prestigious Japanese style room based on the Shoin-zukuri (style).

It consists of the Tokonoma, the section of a room next to the alcove (where the shelves are often placed), the beam running between columns, and the writing alcove.

It’s a little-altered one of the Shin style. You can say it’s the right in the middle of the Shin style and the So style. So it adapted the goodness of each, mix with the authoritative feature and the free ones from Sukiya-zukuri (style) we see below.

It was developed originally for a tea room, usually called Sukiya-zukuri (style). The most prominent feature is it uses a lot of naturally grown trees. Also, it uses relatively thinner trees, which gives a sense of softness.

The scroll in it is the main actor in the film. This is what catches the attention of the guests when they enter the room.

Originally, the scrolls were the object of Buddhist worship in the early times, then it became popular as an art of the beauties of nature due to the popularity of Zen Buddhism.

In the 16th century, the scrolls gained immense popularity among tea lovers thanks to Sen no Rikyu, the founder of Chado (tea ceremony). He advocated the significance of the scrolls in tea rooms.

The tradition to change scrolls for each guest, season, day and night has begun in this period.

The motifs in each drawing have its meaning and it is changed with the seasonal events or for a good luck.

They can be broken down into Buddhist drawings, original drawings of Ukiyo-e, drawings of the beauties of nature, and many other varieties of drawings or writings are attached to the scrolls.

It’s one of the styles of the bold line of cutting the space and the alcove is on the same level with the floor matted with tatami.

The one which creates the sense of the extraordinary as if you were in a museum.

It looks as if carps in the scroll are swimming in the pond of the alcove.

The bold cutting-line creates a dynamic flow to space.

This one expresses the night of the full moon, which would calm the souls of the guests.

The Tokonoma is a unique and even sacred space in the traditional Japanese house, which would encourage people to talk about the scrolls or flowers and cherish the changes of the season inside the house.

Also, its design allows us to appreciate the emptiness and it’s a great medium to remind us to stay still and meditate. How wonderful is that?