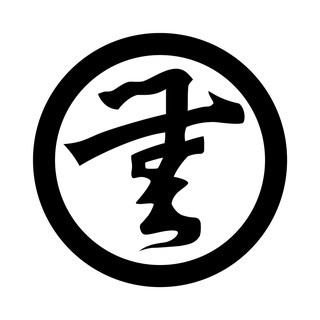 Kamon, Japanese family crests, were first painted on palanquins, clothing, and camp curtains to mark the family name. The kamon on camp curtains and other items were clearly structured and easily identifiable at a glance. In later periods, the family crests usage increased enormously with increasing numbers of kamon, so the selection method gradually became more complex.

The ideology of the times influenced many of them, and selection was based on various meanings. For example, some use the mark of the god or goddess they believe in, based on the idea of seeking blessings from them.

In other cases, they were used to bless longevity and life or to pray for the repulsion of vengeful enemies. Besides, family crests have been chosen for their beauty and their significance.

1. The Significance of Beauty: Kamon

People used this type of crest because of its elegant shape. Family crests of court nobles generally belong to this category. Initially, people used them to decorate palanquins and clothing. The family crests of the nobles mainly used plants and trees, flowers, tomoe, and apricot leaves as emblems.

These family crests are often elegant and graceful and are easily recognized compared to those of samurai families. These crests include the following: peony, wisteria, Japanese gentian, creeping woodsorrel, chrysanthemum, clove, oak, snow bamboo, crane, plum, butterfly, and so on.

2. The Significance of Indication: Kamon

This category is a family crest that is chosen primarily after a family name. The shape of the crest shows what kind of surname is used.

Strictly speaking, there are two types. One is one in which the surname is immediately recognizable when seen, for example, when the Tsuru clan uses a crane and the Torii clan uses another torii shape.

The other is an implied indication, where the shape of the crest does not directly represent the surname but is a kind of hanji-mono, which can be recognized with some thought.

In contrast, three types of family crests belong to the intuitive indication category. The first is a family crest made from one or two characters of the family name.

In these cases, people choose a character with a simple stroke and a contrasting shape as the family crest.

The second is the use of a figure associated with the family name. For example, those who use the character “井” (i) as their surnames, such as Sakai, Ii, and Inoue, use parallel crosses.

For example, those who use the character “藤” (wisteria) as their surname, such as Naito, Kato, and Goto, use wisteria circles.

In short, family crests based on the significance of a surname are relatively common because they are related to the surname and thus serve the purpose of a family crest.

3. The Significance of Good Omen: Kamon

A family crest based on good omens, such as long life, health, the prosperity of offspring, and happiness falls under this category.

The family crest made from a collection of the characters for “大吉” (great fortune) and “大万” (great ten thousand) used by the Ishida and Yamauchi clans is a great example of such a family crest.

Furthermore, the chrysanthemum crest of the imperial family is not only an elegant design. However, it is also a reference to the fact that it was used on important festivals as the auspicious plant representing longevity.

The Paulownia tree was also called “zuiki,” (auspicious tree) which is the tree where the phoenix, which is said to wait for a saint to appear, perches.

The famous Kusunoki family crest, “Kikusui (chrysanthemum with water),” is also based on an ancient Chinese legend that “scooping up chrysanthemum water preserves long life,” all of which have auspicious significance.

There are numerous other family crests, such as the vine and the tortoise, which are also associated with longevity.

4. The Significance of Commemoration: Kamon

This is a kamon that is designed to commemorate a historical achievement or ancestor’s birthplace that is honored by the family.

For example, the Satake clan was honored by Minamoto no Yoritomo when he gave them a five-boned fan with the moon on it during their campaign against the Oshu region.

Occasionally, the family crest is named after the place to commemorate an ancestor’s birthplace.

5. The Significance of Martial Spirits: Kamon

People created this type of Kamon to honor martial spirits. Of course, it is most commonly used by samurai families.

For instance, the motifs used by court nobles, such as a bird’s nest pattern, Chinese flower, creeping woodsorrel, Tomoe, clove, diamond-shape, oak, and Japanese apricot, are also used as family crest designs by the samurai families, along with sword-shaped motifs.

However, not all of the crests of the samurai family have a martial spirit significance.

Japanese people have respected martial spirits since the founding of their nation. One of the three sacred treasures was the sword, and people used many weapons in the ritual of the gods.

After the emergence of the warrior class, people came to respect swords even more. The Taira and Minamoto clans competed in sword production, which they regarded as their family treasures.

For example, the Taira clan’s Kogarasumaru and the Minamoto clan’s Higakiri and Hizemaru. The respect for martial spirit was not limited to the design of swords but also extended to other weapons, such as bows and arrows, and bowstrings.

Also, people employed armor, such as flags, helmets, and cuneiforms, which all bore the kamon. Additionally, people included animals such as hawks, lions, and tigers, as well as weapons and armors.

6. The Significance of Faith

This type of kamon is developed in connection with Shintoism, Buddhism, Christianity, Confucianism, and other superstitions based on such beliefs.

In the age of warring factions, battles were often bloody and bloody scourges, and killing and wounding were frequent.

Therefore, it is not surprising that each person wanted to exorcise bad luck, await good fortune, and bless the future by disappearing into the religions they believed in, such as Shintoism, Buddhism, and Christianity.

Hence, many family crests at this time were based on religious beliefs and used symbols of doctrines, incantations, ritual vessels, Buddhist ritual implements, etc., to express the blessings of the gods and Buddha.

We will begin with Shintoism, which has the largest number of such symbols.

Shintoism has millions of deities like the sun goddess Amaterasu, the deities of the local shrine, and the local god of one’s birthplace. Each period has a different favorite god.

During the samurai period, people revered Hachimangu Shrine the most for the god of bow and arrow.

Those who worshipped these deities all used their divine messengers, sacred trees, plants, crests, and celestial symbols to designate their family crests and thereby sought the blessings of the gods.

A divine messenger is often a bird, animal, insect, or fish associated with the deity.

The Suzuki clan, which came from the Kumano priesthood, uses the crest of a raven as its family crest because the raven is the divine messenger of Kumano Gongen.

Also, the Miyazaki clan, a priest of Hachiman, uses the Kamon of a dove on its torii gate because the dove is the messenger of Hachiman.

Next, a sacred tree sits within the precincts of a shrine. It’s notably associated with that deity used as the deity’s body or as a divine symbol.

The cedar of Miwa Shrine and the bamboo oak (nagi) of Kumano, Kasuga, and Izuyama Shrines are well-known as sacred trees.

Next, the sacred grass refers to grasses used in Shinto rituals, etc., as they are loved by the gods as much as revered trees.

The hollyhock of Kamo Myojin, for example, is a sacred grass. The Honda clan, which came from the priests of Kamo, and the Matsudaira clan, worshippers of Kamo, also used the hollyhock crest.

Finally, the deity crest is the shrine’s emblem. The Shinano Suwa Myojin’s mon has oak leaves, and the Tenmangu Shrine’s crest has the Japanese apricot pattern.

Therefore, the Suwa and Hoshina clans of Shinano use the oak crest, while the Takatsuji and Karahashi clans, descendants of the Tenmangu shrine, use the Japanese apricot crest.

In many cases, the religious beliefs of the shrine led to the use of shrine-related structures and ritual implements as their crests.

For example, the Kato clan used a Chigi (forked finials), Katsuogi (wooden billets placed atop and at the right angle to a roof ridge) while the Mikami clan used a vase.

Furthermore, the Suzuki clan used a sacred Shinto straw festoon, bell, etc., and they used them on the significance of reverence for the gods.

Additionally, all the priests serving the Grand shrines, including the Urabe clan who served the Imperial Court by encouraging successive generations of Shintoists, use the oak leaf crest.

Compared to Shintoism, Buddhism is more supermundane, and some of its kamons have links to Zen Buddhism, such as the five-ring pagoda and the character for “Mu” (nothingness).

Some family crests are relatively worldly. Some motifs like the Rinpou (whee-shaped treasure), shattering all obstacles, and the tin cane, which monks carry to punish evil beasts and poisonous snakes.

Christianity has two types of family crests: the Gion-mamori and the cross.

1549 saw the arrival of Christianity in Japan, and for a time it spread throughout the country, with so many believers building temples and synagogues everywhere.

Among them, Settsu Province had many Christians, and the Nakagawa, Ikeda, and Takayama clans used the cross as their family crest.

However, in the Tokugawa period (1603-1867), the Tokugawa shogunate banned Christianity and executed its believers. So today Japan has relatively few Christian kamons.

China introduced Confucianism in ancient times. However, Japanese people generally didn’t practice it until after the Tokugawa period, when the shogunate government promoted education.

Very few family crests were devised based on the significance of Confucianism, the main ones being fortune-telling, hikiryo (horizontal lines), and Yin-yang symbol based on “Yi” (the Book of Changes).

Lastly, in an age when science was not as widely believed in as it is today, people believed that spells could prevent disasters, cure illnesses, and bring good fortune.

Many spells were performed by writing spells, and family crests also used spells for this purpose. For example, family crests with the ju-monji (cross) character, the Abe no Seimei seal, the kuji character, and the kagome (basket-shaped design) are examples of such family crests.