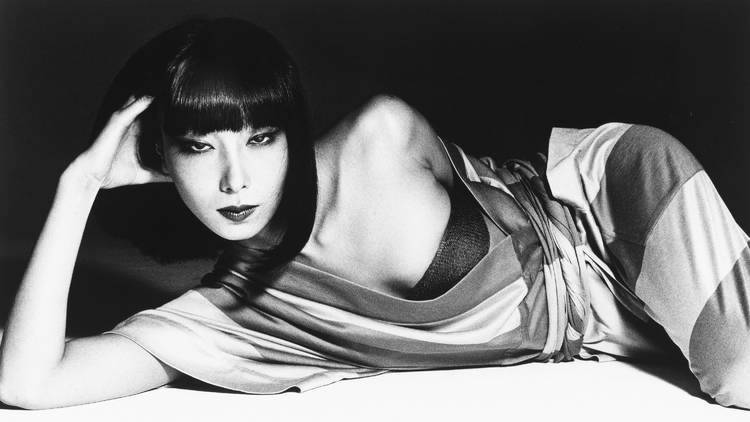 The Japanese Supermodel Who Changed the Sense of Beauty in ’70

Sayoko Yamaguchi – she was a Japanese top model who once was one of the first Asians to be featured in the world’s top fashion shows and magazines. Her being mesmerized the world with her mysterious eyes and black straight hair while white Caucasian women dominated the fashion stage in the 1970s. Beauty icon of Orientalism, Sayoko established her own position with her distinctive style and strength.

Who Was Sayoko Yamaguchi

She had no intention of becoming a model, and always thought it took more than being pretty to create a style.

One day, her mother cut her hair in the old style for young Japanese girls, a straight short bob with long straight bangs reaching close to the eyes. With her beautiful almond-shaped eyes, it made her look like a traditional Japanese doll.

Armed with this new look, she auditioned for Japanese fashion designer Kansai Yamamoto, and Bingo! She got the job and she decided she would quit modeling if she wouldn’t pass this time.

Sayoko got her break in the early 1970s, working with designers like Kansai Yamamoto, Kenzo Takaka and Issey Miyake before making her Paris Fashion Week debut in 1972.

That opportunity led to a flourishing career in European fashion capitals, but it soon became clear that Sayoko was more than just a model.

At a time when light skinned occidentals ruled the runway, Sayoko used her very Asian looks to conquer the fashion world’s top catwalks.

This was the result, she kept her black straight hair and unique make-up no matter how many times she was told to imitate Western looks by the agent.

Japanese cosmetics maker Shiseido used her in an ad campaign to promote make-up for Asian faces and to make Japanese women more comfortable with their own beauty.

Newsweek magazine named Sayoko as one of the top six models in the world in 1977. In 1984, she received a special prize at the Mainichi Fashion Awards.

Not just as a model, but also as a creator, Sayoko became heavily involved with the Japanese avant-garde art scene, collaborating with Shuji Terayama and the Sankai Juku troupe, as well as with next-generation luminaries like Fuyuki Yamakawa and Dommune founder Naohiro Ukawa.

Sayoko died of acute pneumonia on August 14, 2007, at the age of 57. She was working on films and theaters, as well as on costume design in her later years.

Her seemingly sudden death shocked not just the fashion industry, but all people who had been mesmerized by her iconic image.

Sayoko once said that the three most important elements of modeling were Kimochi (feeling), Katachi (style) and Ugoki (movement).

Like great actors evoke so much emotion for just being there, Sayoko keeps moving people’s heart with her unique style and inspire all of us by her feelings inside.

It is unique that after the death, her being has been crystallized into the all-time exotic muse and that way, Sayoko is guaranteed to live forever.