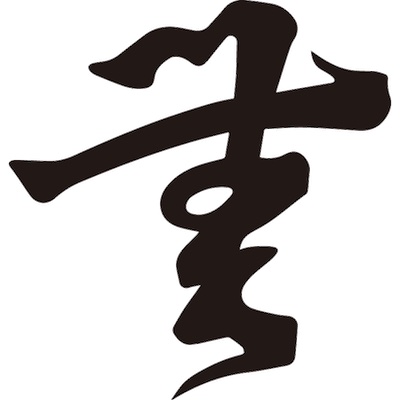 Japanese warlords are known to have many family crests. They carry them for different occasions. It often times represents their bloodlines. However, many cases show they are given by superiors or taken away from enemies by defeating them on the battlefield. They used their kamons with their beliefs and strategies. Here we focus on seven military commanders.

Oda Nobunaga was a man who nearly unified the country in a single lifetime.

Nobunaga also pioneered the separation of temples and state and the symbolic monarchy.

There are few contemporary records of Nobunaga’s family crest. We can rely on the records in the “Kansei Choshu Shokafu” submitted to the Edo shogunate by the lineage of Nobunaga’s second son, Nobukatsu.

The famous Oda Mokko is said to have been given to Nobunaga’s father, Nobuhide, by the retainer of his lord, the Shiba clan of Owari. The Mokko crest itself has a long history.

However, the Oda Mokko has a unique flower-like appearance compared to other Mokko crests.

Gosan-kiri and Maru ni Futa-hikiryo were given by Ashikaga Yoshiaki. Ashikaga Yoshiaki gave them to Nobunaga because of his success in the battle in Kyoto. Since these were the crests of the Ashikaga clan, people recognized them as high-rank crests.

People assume Nobunaga received The 16-leaf chrysanthemum from the Emperor’s family. It is one of the honorary crests.

Eiraku Tsuho is a flag crest. At that time, most of the coins in circulation in Japan were imported ones from China, and the Eiraku Tsuho was one of them.

People consider the Mumoji (no character) is derived from Zen Buddhism. Uesugi Kenshin and Katakura Kagetsuna also used it as a banner crest.

Hideyoshi’s father was a foot soldier of the Oda family. Although he was appreciated by his lord Nobunaga without discrimination, Hideyoshi was isolated from his fellow warriors of the Oda family even much later because of his status.

The circumstances made him a master of caring so much that he was called “Hitotarashi”, good at getting in someone’s pocket, and the tyranny he turned into after becoming a naturalized ruler came from this situation.

His attachment to authority, which is characteristic of a man who has had to work hard and rise to power, can also be seen in the use of his family crest.

The famous crest of Hideyoshi is the Taiko-giri (paulownia), which is shown in 1-4. However, there is no fixed form. In fact, the total number of crests called “Taiko-giri” is not even known.

The influence of the gorgeous Momoyama culture can be felt.

Hideyoshi’s paulownia crest was originally given by Nobunaga and Shogun Ashikaga Yoshiaki. Before that, people assumed that he used the Fukushima Omodaka (three-leaf arrowhead). Many generals were given this crest, but Fukushima Masanori was the last one to use it, so people now call it Fukushima Omodaka.

He also had family crests such as Tomoe and Chrysanthemums, which Hideyoshi received from the Emperor’s family. However, there is almost no evidence that they were used.

Hideyoshi continued to use the paulownia crest because it was the shogunate Ashikaga family’s crest, which controlled the samurai families at the time. It shows how much he wanted to be  ‘samurai family’.

The Tokugawa family were originally small lords of Mikawa, called Matsudaira. In a struggle with the neighboring Oda clan of Owari, Ieyasu’s father, Hirotada, head of the Tokugawa family, chose to receive support from the great Imagawa family.

He abandoned his position as an independent lord and became a vassal of a major power in order to keep the family name alive. Therefore, his son Ieyasu spent his childhood as a hostage in the castle of the Imagawa family.

However, the Imagawa army, which advanced to Owari with a horde of several tens of thousands, was defeated by the Oda army of several thousand. The head of the Imagawa family, Yoshimoto Imagawa, also died in battle. This is the battle of Okehazama.

Taking this opportunity, Ieyasu became independent from the Imagawa family. He changed his family name from Matsudaira to Tokugawa. He joined hands with Nobunaga, the head of the Oda family, who had been his archenemy since his father’s time.

He kept the alliance with Nobunaga and built the foundation to become the ruler of Japan.

The Tokugawa family’s family crest is the crest of the hollyhock. But the depiction of leaves is different at different times. It was more realistic and detailed in Ieyasu’s time and it became simpler after the middle of the Edo period.

The oonakakuro is a type of ichibiki ryo and was the exclusive crest of the Nitta clan, a venerable family of the Minamoto clan. Ieyasu owned this crest because he claimed descent from the Nitta clan in order to obtain the shogun’s post.

Ieyasu owned this family crest of ginkgo with swords. However, whether he actually used it or not is unknown.

As for the three-leaf hollyhock, it is said to have been given to Ieyasu by his vassals Sakai or Honda.

Yukimura played a spectacular role in the Osaka battle and threatened Ieyasu’s main camp. His skillful mercenaries and death-defying spear handling were so impressive that even the enemy generals were in awe.

Therefore, he was praised as the best samurai in Japan.

However, according to a letter he left behind, he referred to himself as a middle-aged warlord who did not make a good appearance. He was weak and asked for money.

But he was strong.

It is Rikudosen that people carry so that they do not have to wander around after death, and it is connected to the Jizo beliefs.

The second is a small land seen in the waterfront, and the one that is reproduced artificially on the tray is called Suhama.

Since it was decorated on festive occasions, it became a symbol of celebration and was converted into a family crest.

The knotted geese (musubi-karigane) crest is a type of geese crest. Samurai adopted it as a family crest because of its elegant shape.

Like Rikudosen, this crest was also used by the Shigeno and Umino clans, the main line of the Sanada clan.

Yukimura was defeated in battle and died, but the name of the Sanada family and the Rikudosen are still handed down to this day because of his successes.

During the reign of Shingen, the Takeda clan consolidated its power in Kai and began a full-scale advance into Shinano. This led to five battles with Uesugi Kenshin of Echigo, but the Takeda clan eventually annexed Shinano.

The Takeda family, which subsequently conquered the western Ueno region, expanded its territory sucessively. Finally, the he would face a decisive battle with Nobunaga and his ally Ieyasu.

The Takeda family crest was the Takeda-bishi (diamond-shaped crest). According to legend, the family adopted the kamon from a pattern on armor. They received it as a reward for victory in battle. The use of this crest is limited to the Takeda clan and its lineage.

The hanabishi crest of the second type is also the main crest. The Takeda clan seemed to use it on items other than an armory.

The third, the Kage Hanabishi, was another main crest. We assume people collectively called them the Takeda-bishi.

The Takeda clan used nothing but this crest. It should be a sign of the pride and confidence of the Kai Minamoto clan.

The Date clan is famous for its large number of crests, many of which are basically derived from the Fujiwara clan.

Usually, according to records from the middle Edo period, the crest of Sendai bamboo is used as the regular crest.

Minamoto no Yoritomo gave Maru-ni Tate-sanhikiryo to Tomomune, the first head of the Date family. It used to be the official crest of the Date family for a long time. We assume Yatsu-nazuna (shepherd’s purse crest) is also from the same period.

Yukiwa-ni Susuki is an exclusive kamon of the Date clan which Masamune’s father, Terumune used. Kuyo crest was used by Masamune’s generation.

Chrysanthemum and Paulownia crests are crests that Masamune received from Toyotomi Hideyoshi.

In addition, there is a record that in Masamune’s father’s generation, when the sparrow crest was used on Sendaizasa with the same shape as that of the Date family of Shigezane, the sparrow was changed to a persimmon color.

Uesugi Kenshin was a typical military commander who followed the existing order. However, he was a genius in warfare.

While Nobunaga and Hideyoshi believed that a drastic new order was necessary to end the warring states, Kenshin aimed to bring the warring states together by restoring the order of the Muromachi shogunate as before.

The family crest Kenshin used when he called himself Nagao Kagetora was the Kuyo-Tomoe. This is the Kamon of his birth family, the Nagao clan.

Besides his role as governor, the Uesugi clan also held the shogunal deputy Kanto governor’s position. It effectively made him the ruler of the Kanto region.

The Uesugi clan was descended from the Kajuji clan of the Fujiwara Hokke (the Northern Fujiwara family). For this reason, they used the “bamboo with a sparrow” crest, the crest of the Kajuji branch, from generation to generation.

Gradually, the crest changed its shape, so there are several of them.

As the official crest of the shogunal deputy of the Kanto governor, samurai in eastern provinces admired it with exceptional value.

Additionally, during Kenshin’s reign, he received chrysanthemum and paulownia crests. The paulownia later changed to Uesugi paulownia. Although people believe it was initially the usual five-seven paulownia.