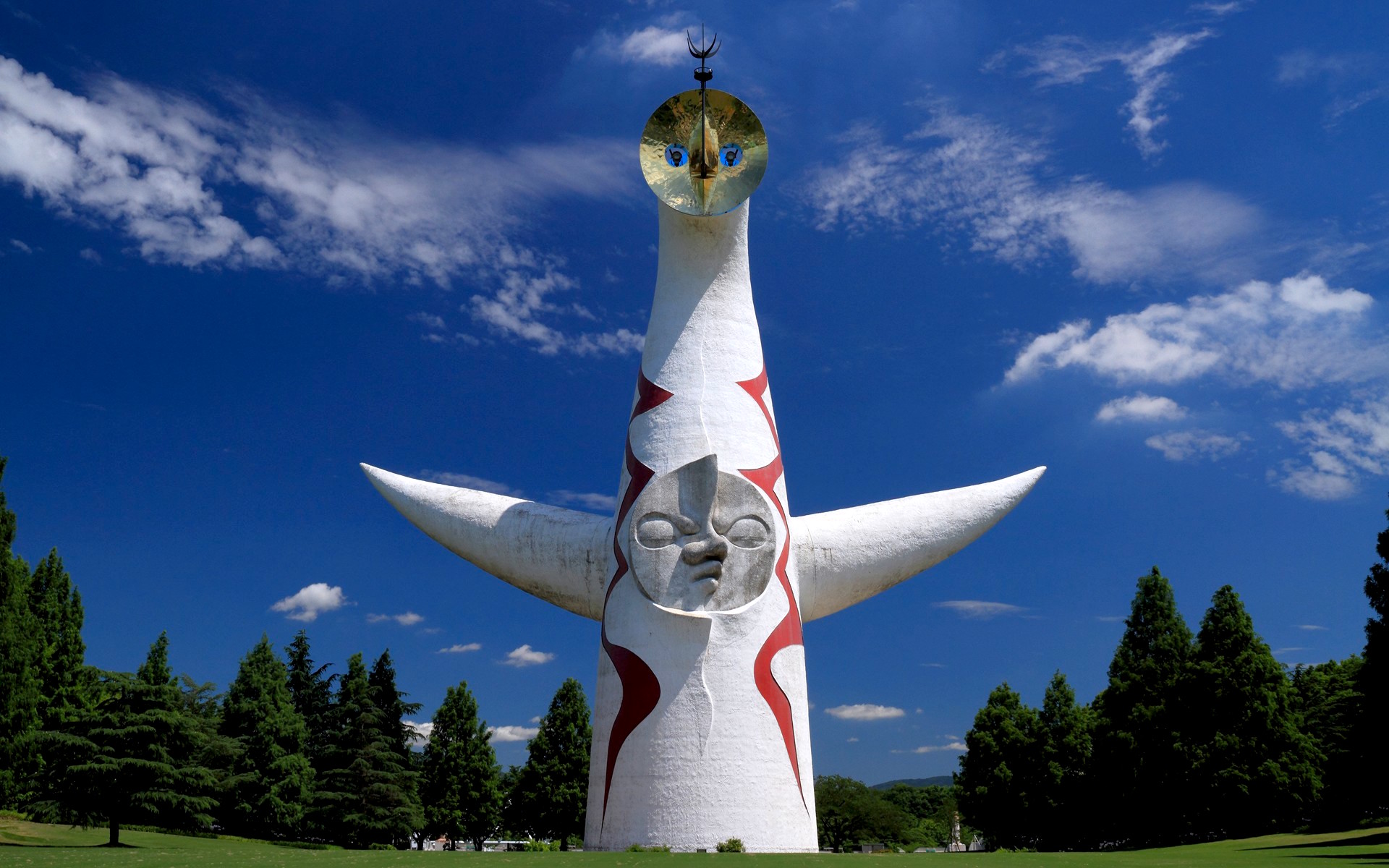 Expo ’70 Osaka – Osaka Banpaku was the first Expo hosted in Asia and it was an incredible showcase of the most advanced engineering and architectural fineness at the time. 110 Pavilions from around the world presented each technology, futuristic ideas and people got excited to experience them. But, what was Osaka Expo, really? Let’s take a look at the background of the time and notable exhibitions of Expo ’70.

Progress and Harmony for Mankind was the main theme and futuristic and novel ideas were presented at each pavilions. Overall, 77 nations took part in and some 64 million people visited, which was the largest record at the time (EXPO 2010, Shanghai, 73 million).

Kenzo Tange and Uzo Nishiyama were appointed as a master planner. Tange assembled a group of twelve architects to design the infrastructure and facilities for the Expo. Other eminent Japanese architects such as Isoya Yoshida and Kisho Kurokawa worked on the project. Also, Kunio Maekawa and Junzo Sakakura, both worked in Le Corbusier‘s atelier in Paris participated in this national project of the Expo in Osaka.

Le Corbusier Architecture Philosophy and Love for His Cat

Not just Japanese women, but hundreds of women from many countries were hired and trained to give a guide to visitors worked on the site. They enjoyed the Expo themselves when they took a break and off to see other pavilions and tasted food from around the world.

War and Expo: Background Characteristic of the Time – Expo ’70 Osaka

People began to enjoy its uprising economy which was called ‘Jimmu prosperity’ (1954-1957). The fabric industry was the main vehicle for the economy of Japan before the great war, but it’s changed when the steel and the machine industry started booming due to the rising of munition industry. Around this time, problems of pollution and awareness for the environment began to be argued.

The expo has been best showcase to show off one’s nation or corporations’ excellent products and technology to the world since the first London Expo in 1851. What’s special about Osaka Expo, numerous avant-garde artists were given a chance to display the work at the Expo, who didn’t have a chance to show their work in public otherwise.

Japanese art critic Noi Sawaragi wrote World Wars and World Fairs in 2005. In the book, Sawaragi explained there was a project of EXPO 2600 BC planned to be held in Tokyo in 1940, which was cancelled after constructed some facilities for the Expo in Tokyo. 2600 BC means the year of foundation of Japan based on Nihon Shoki, which means the year the first Emperor Jimmu was supposed to be enthroned.

Therefore, holding the Osaka Expo means significant to the nation in two aspects. One is to wrap up the 100 years of development and achievement after the Meiji Restoration and to show that modernization of Japan was successful both domestically and internationally. Two, by restoring the plan of EXPO 2600 BC, cancel out the loss of the war and declare recovery of the glory of imperialism.

Just a year before the Expo, the human being was supposed to land on the moon by Apollo 12 astronaut (1969). They brought back a rock from the moon, which weighs 34 kg. It became one of the most popular attractions, people waited in front of the United States’ pavilion for 4 hours to see the rock for just 10 seconds or less.

People made sarcastic of this astounding waiting hours for “Humankind’s patience and long line”. Not a few guest gave up on waiting and went on to see other pavilions. Expo’70 was the first world’s fair, which made surplus.

There are an ample products and food which were displayed at the Expo and later widely spread and popularized.

The debut of the time capsule was in Osaka Expo. More than 2000 goods were put inside a pair of the huge time capsules made of metal, including Japanese clothing, stuff which shows its customs and the way of life. It’s pretty interesting check the list (only in Japanese) what they put in.

They were buried under the Osaka castle park. One is scheduled to be opened in 6970, which is 5000 years later and another one is supposed to be opened each hundred years to make sure the goods are in a good condition. Just think about Matsushita Electric (now the Panasonic Corporation) made the containers (capsules) which would protect the contents and not be corroded itself for the coming 5000 years is more than amazing.

There’s a novel the main character works as a hostess at the Expo ’70. Keiichi Hasumi, the author of the book, depicted the ‘enthusiasm’ of the time in this novel. In the 1970s, everybody felt excited, even though they didn’t really know where the excitements come from, the heat was there. Everybody believed there would be a bright future. And yes, the title comes from Simon & Garfunkel.

This is basically a love story between a smart, beautiful woman in her early twenties and a man who is also really smart, mysterious, and have some secrets. The secrets were powerful enough to change the course of their future… You could feel the characters’ conflict inside, feelings and social condition at this particular time of the period in Osaka from this novel.

Below is a theme song of Expo ’70, which is cheerful sang by Haruo Minami. The message is pretty simple and powerful; hello, let’s shake hands everybody!

Here’s a documentary film of Expo ’70.

Some Japanese groups protested Expo ’70, attacking the government’s close tie to the United States, which was then fighting and bogged down in Vietnam. But for most Japanese, the event was the source of pride. This might be the period people could envision their dream without limitation and have the hope for the future.

There’s an announcement that Osaka will run for candidacy for holding an Expo once again in 2025. If they won and held the Expo again, what kind of future and ideas they would be able to show us and what would it mean for a nation this time?