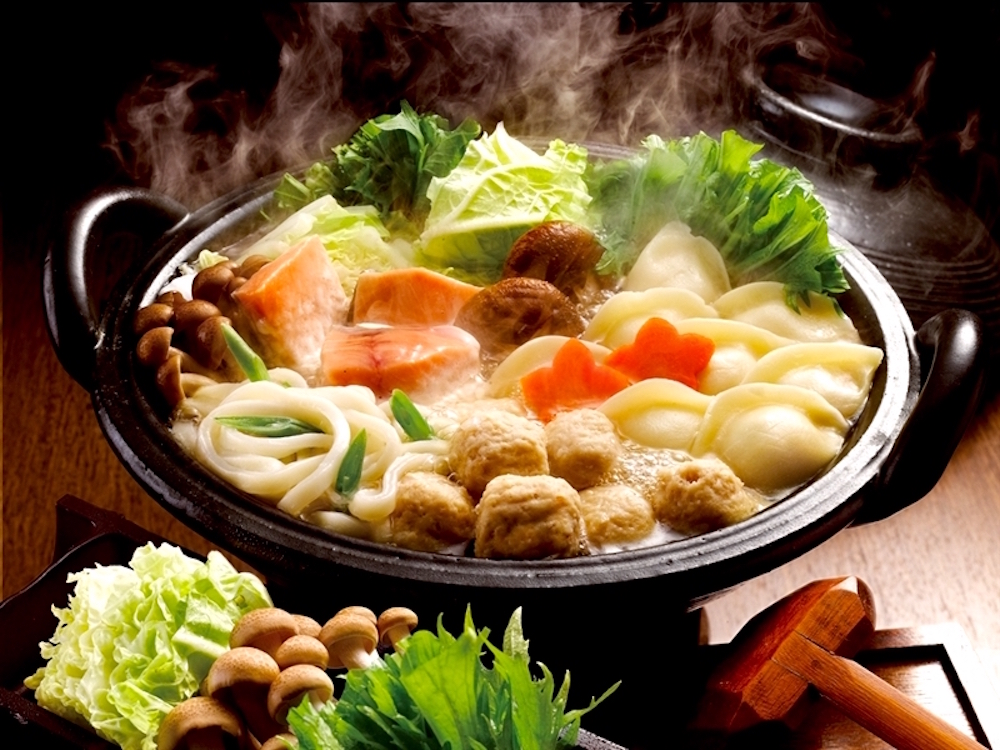 Chanko Nabe – It is a powerful energy source of sumo wrestlers to keep them big and strong. Loads of vegetables, mushrooms, tofu, seafood, chickens… It’s one total health hot pot you could ever imagine. Let’s dig in 5 Popular Chanko restaurants in Tokyo.

Chanko has originally explained all the food sumo wrestlers eat, but generally, when we say Chanko, it means Chanko Nabe.

Supporting a lot of wrestlers, huge food expenses were trouble, but Chanko resolved that problem. It’d be cheaper to cook Chanko instead of cooking many dishes, also it is much easier to cook and even healthy.

When it is time to eat, wrestlers got together and that makes them feel close.

Young sumo-wrestlers prepare Chanko for all of them, and whoever is good at cooking Chanko would have a great opportunity to open a Chanko restaurant after they retire sumo wrestling.

There are several theories where we call the pot, Chanko. One popular one is because we call father “Chan” and pupil “Ko”, since the father and pupil have meals together, combine it and becomes the word “Chanko”.

Usually, Chanko Nabe restaurants are run by retired sumo wrestlers, therefore, you can taste authentic Chanko which is full of nutrition.

Chanko Tomoegata was opened more than 30 years ago at the site of the Tomotsuna-Beya.  Japanese chef made Chanko sophisticated and so good. They use the vegetables and seafood in season. You would enjoy Chanko in a calm atmosphere.

You can choose the soup from chicken, miso, salt and soy sauce. If you like to try zousui (rice) or ramen at the end, salt is definitely the choice. Ramen with salt based soup tastes just like the ones we had back in time, simple Chinese noodles with a lot of black pepper in it.

There you will find a Sumo wrestling ring in the center of the restaurant. The mainframe of Miyagino-Neya still remains. It’s an absolute attraction for Sumo and old Japanese architecture lovers.

They provide you rich entertainment like the Sumo traditional folk song, Tsugaru-Jamisen (three-stringed Japanese lute
of Tsugaru), Yoshiba-Yose (storyteller’s theater), Live grand piano performance. You can enjoy Japanese traditional culture, both great food, and entertainment at the same time. This is something you cannot experience anywhere else.

Terao used to be a very popular sumo wrestler for his handsome looking and his strength. You can choose the soup from Soy Sauce, Salt, Miso or Curry.  You can enjoy the soup with rice, noodles or udon (white wheat noodles) after you finish meat and vegetables.

Chanko Dining Ami delivers you the very taste of Isegahama-Beya which is known for its delicious taste.

They have wide varieties of liquor, Japanese sake lovers would love it. Perhaps “Ami” is the restaurant where you can eat Chanko lunch at the most reasonable price in Ryogoku area.  You can choose from soy sauce, miso or kimchi soup for Chanko.

Chanko Kirishima is a little upscale one among many Chanko restaurants. Best to try to have lunch, which is reasonable and so tasty.

Mutsu Oyakata who used to play sumo as Kirishima is running this Chanko restaurant. It’s close to Kokugi-Kan and pretty popular restaurant, you want to make sure you reserve your table in advance.

You can try unique plates like a huge sumo croquette here.

Soba Restaurants in Tokyo: 8 Established Ones You Should Try